Nusa Penida Tour Packages is all inclusive package from Bali mainland which offer you an exciting excursions with the best activities to experience and discover the true paradise island, off the beaten track, a world away from the hassle and bustle.

Nusa Penida is an exotic island as the largest of three islands off the south eastern coast of Bali, the others being Nusa Lembongan and Nusa Ceningan. Each with uniquely breath-taking landscapes and especialy Penida it self with unreal beauty like heaven on earth.

Nusa Lembongan and Nusa Ceningan are closer and more developed but it’s Nusa Penida, the biggest and most remote island with its picturesque beaches and rugged beauty, that is fast becoming the most photographed out of the trio.

Among Penida’s most famous temples is Goa Giri Putri, a Balinese Hindu temple set within a limestone cave in the village of Karangsari, which sees a steady flow of pilgrims from the Bali mainland visiting to pay their respects and ask for holy water and blessings.

The grand temple complex of Pura Penataran Ped in the northern coastal village of Ped is another popular monument to visit. There are other temples dotted along the island’s coast, but be sure to visit the unique Pura Paluang temple in the village of Karangdawa on Penida’s southwestern cliffs – it has shrines resembling automobiles!

For some natural beauty, visit Atuh Beach, a remote beach on the south-eastern coast of Nusa Penida, bordered by magnificent green hills and peninsular formations, Pasih Uug or Broken Beach that was once a large cave that collapsed to reveal the crashing blue waves from the Indian Ocean beneath.

Kelingking Beach is the most popular sight on the island where you can see a hidden beach with multiple viewpoints around the edge of the cliffs offering spectacular views like heaven on earth.

From a distance, the mountain that cradles the glistening white beach looks like the head of a Tyrannosaurus Rex, and most of Nusa Penida Tour Packages itinerary is included this incredible viewpoint.

Angel’s Billabong is another popular sight on the island. The spectacular rock formation creates a natural infinity pool against the southwestern cliff edges.

It’s very popular, so expect to wade about in the shallow, crystal clear water rather than getting a chance to swim. It’s also a great spot to watch the waves dramatically crashing into the rocky shoreline.

A few minutes walk along from there is Broken beach. The pretty spot features a natural arch created by the rock cliffs. The arch actually used to be a cave, until its floor collapsed.

The hole in the cliff allows the ocean water to flow through, creating a stunning and secluded natural pool.

Another popular sight is Crystal Bay. The secluded cove has a 200-metre stretch of black sand, and thanks to its relatively calm waters, it’s an excellent place for diving.

There’s a bat cave nearby and it’s one of the few places in the world where you can see the rare species of fish known as mola mola. Also known as ocean sunfish, they can grow to be the size of 3 metres and weigh up to 2,000kg. It has the distinction of being the heaviest known bony fish.

As well as Atuh Beach, or Pantai Atuh as a hidden beach on the remote south-eastern coast of Nusa Penida island. The beach is secluded by magnificent green cliffs, while various limestone rock formations surround it, adding to the beauty of the area.

Beside beaches and attractions there are so many awesome things to do on Nusa Penida including diving and snorkeling. The most popular dive and snorkeling site are Manta bay, Crystal bay, Jeti Wall Point, Toyapakeh, Blue Corner, Gamat bay, and several and Nusa Penida Tour Packages are covered all or most of these places.

Continue the trip to Angel’s Billabong is another popular  attractions on Nusa Penida with natural infinity pool is framed by rock cliffs and hangs out over the ocean overlooking Manta Point Beach.

The naturally formed rock lagoon offers a scenic seascape. With its emerald hues and crystalline waters, the Angel’s Billabong is the epitome of stunning.

You can descend into its crystal-clear rock pools for a swim or a soak, but only during low tide.

After that our guide will take you to Kelingking Beach also known as Kelingking Secret Point Beach which top destinations on Nusa Penida.

At the end of the day head to Crystal Bay Beach is an Incredible secluded bay offering a small beach for swimming, snorkeling and diving.

This bay secluded cove with a 200-metre stretch of sand on the west coast of Nusa Penida Island.

Its a quiet arc of white-grey sand set amid rocky, scrubby outcrops, with a small jagged islet off shore and rugged Nusa Ceningan in the distance. 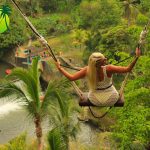 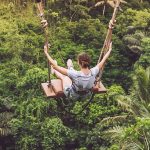 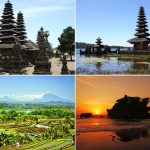 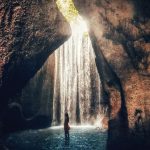 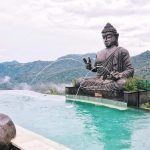 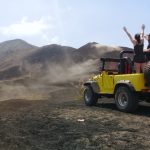 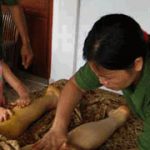 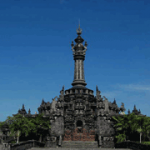 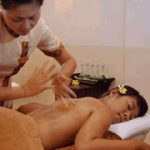 Things To Do in Bali 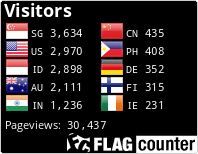